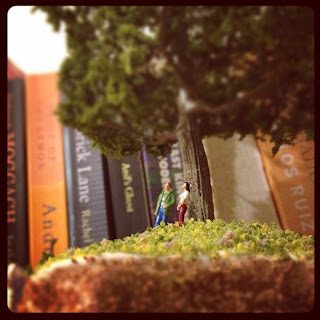 Earlier on this week I rediscovered a website called askphilosophers.org. It’s a question and answer service where people post questions which are answered publicly by philosophers. All the sections are pretty interesting (check out the environmental philosophy section) but particularly relevant to us who work on askTheSite was the section on love and emotions.

(‘Can a guy REALLY love you if he comments on other girls saying that they’re cute?’), to questions that took a step back and saw the issue in terms of a more general dilemma (‘If, within a marriage, one partner denies the other sex, can they morally still demand that the other refrain?’).

In my previous job I was once asked a question about the meaning of life. It wasn’t phrased quite like that, but in essence that was what the question was. It went something along the lines of ‘I’m not suicidal, but I keep thinking that, when I die, my family and friends will be sad for a while, but then they will get on with their lives, and they will die and it will be as if I had never existed at all. I just don’t see the point’. The user was concerned about this question to the extent that she felt the need to write into a helpline to help her find meaning in her life. But where else could she talk about these issues? Possibly askphilosophers.org?  Patrick and I were thinking about whether we should have a section in askTheSite for more general religious and philosophical questions – young people come up against these all the time but don’t really have a young person orientated forum in which to ask them.

Philosophical thinking, whether we are aware of it or not, certainly informs the way that we think about relationships and what we are trying to do when relationships advising is helping people to take a step back and providing a richer and clearer framework within which to think about the issues they are struggling with.

What askphilosophers.org does is merely make more explicit the sorts of fundamental dilemmas and differences in opinion that underlie relationship problems. People will often get in touch questioning whether or not they have a right to feel angry or upset over a certain situation, or asking what they should do in a certain situation.  Questions about trust, contracts, promises, the nature of love and the motivations of human behaviour are all commonly seen in the askTheSite relationships inbox.

The ethics of breaking up

For example, if you are thinking of breaking up with your partner because you have fallen in love with someone else, there are a number of different ethical systems within which you could frame your actions.

You could think about what course of action would cause the greatest happiness to the greatest number of people. Is the happiness of you and your new love going to outweigh the misery of your previous partner. A utilitarian ethical system would say that, if so, then breaking up with your old partner is the right thing to do. However this also means that if your old partner’s unhappiness was greater than the sum of happiness created by your new relationship, it would be morally wrong to end things with your old partner. Many people would find this a dubious argument. However, if you took into account your longer term unhappiness from being in a relationship you no longer enjoyed vs her misery if you broke up, there might be again an argument for the first course of action. Where do you stop?

What if you were married to your first partner? A basic formulation of Kant’s universal law would suggest that it is morally wrong to break a promise or a contract (such as marriage) regardless of the unhappiness that holding to it would cause you.  If you thought about it in this sense, rather than on the happiness of those involved, then it would be wrong to leave your first partner. Interestingly this seems to support an older fashioned take on marriage than the one today’s society seems to accept.

Another way of looking at the situation would be through the concept of virtue ethics. Virtue ethics looks at the character of the individual performing the action rather than the consequences of the action. What makes one a moral person is the virtues you embody.  However, given that different people, societies and cultures have different ideas about what constitutes a virtuous life, it is pretty much impossible to create an idea of the virtuous human.  Looking at the sort of person you are and that your actions make you, rather than focussing on the idea of duty or consequences is, however, an interesting and relevant way of making decisions in relationships.

Finally, you could bring in the idea of rights. The concept of a human right has long been considered a potentially flawed idea (Bentham called the idea of inalienable natural human rights ‘nonsense on stilts’), but what if you felt that the right to self esteem (for example) was a basic human right? If by breaking up with your partner, you destroy her self esteem, is there a sense in which you are denying her of a basic human right and thus performing a morally wrong action?

Can we analyse love and relationships rationally?

When making these kinds of decisions, I imagine that most people draw on ideas of morality pulled from a number of different systems of what is the right thing to do. What struck me about a similar question to this that was asked on askphilosophersorg  was the deeply rational way in which it was couched (“a couple of months ago, I had an experience which spawned an ethical dilemma which I find fascinating”).  In rationally analysing his relationship, the user came across as quite cold and heartless. We don’t naturally associate rational analysis with matters of the heart. Some questions just seem as though they should not be asked within this logical framework – take this one for example  –  “there are billons of people on this earth, and yet so many people proclaim that they have found their one-and-only soul mate. Is it reasonable of them to say that if they haven’t met everyone on the earth? Is there really such a thing as a “soul mate”? If not, then is it safe to assume that people simply settle for what is within their reach and then redefine what love means to them?”.

It feels as though the questioner here has somehow misunderstood what we are trying to say when we speak of the idea of soul mates. It isn’t something as tangible and obvious as he makes it out to be. We start to make some kind of distinction between our emotions and our rationality. A formula for answering a relationships question such as the one in the title of this article seems incomplete.

These thoughts are interesting in relation to the work on the head and the heart that we do in training peer advisors. We make a distinction between appealing to the user at the level of the head and at the level of the heart and highlight that a good answer will appeal to both.  Moving away from philosophy and into psychology, we talk about how rationally answering with technical information and solutions ignores the feeling brain that often needs to be engaged if we want the user to pay attention to the answer we write.  Rationally exploring the morality of actions in relationships and the meaning of trust, contracts and rights is a useful way of helping ourselves and users to understand what we are talking about – but  we shouldn’t lose sight of the  messy and irrational emotional element of every human relationship.

Before I finish, I’ll link you to a blog called The Splintered Mind where the writer suggests that love is not a feeling but a way of structuring ones values, goals and reactions. He makes a distinction between passion (a word he notes derives from the same root as passive) which he calls a feeling one does not control and love which he sees as a way of managing and structuring a life with someone else. It provides an interesting new take on the definition of love. One of the questions I always suggest my friends think about when they come to me with questions on relationships is to think about what they mean when they say they are in love with someone. It’s too easy to use the word love without thinking about it.

Harry G Frankfurt (in his lectures ‘Taking Ourselves Seriously and Getting It Right’) says that ‘both reason and love are chronically problematic and the relationship between them is obscure’ and another user on askphilosophers.org asks, “I’ve heard it said that philosophers as a demographic are overwhelmingly single (in the unmarried sense). I don’t know if this is true, but if it is, could it be because love and reason conflict?”.Maybe it’s about time I stopped philosophising about this altogether and get on with something useful…