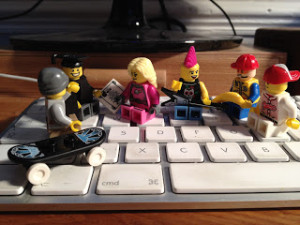 online. The support offered might be one to one (email style), peer or expert support, moderating forums or moderating real time chat. Depending on the type of support being offered I’ve emphasised certain areas or added additional advanced skills to my training. This training tends to be offered to people who are taking on a specific supporter role, rather than individuals who are part of the community. With adjustments, it can also be offered to community members to help them look after themselves and get more out of their experience online. END_OF_DOCUMENT_TOKEN_TO_BE_REPLACED

I’ve always used writing to know and to guide my mind in one way or another. Usually, this has 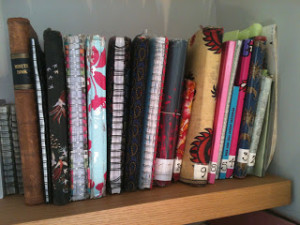 taken the form of a diary or journal. In thinking about the part that writing has played in managing my mind, I had an interesting evening going through my old diaries and notebooks. The entries were initially quite amusing and nothing but a day by day record of what went on.

‘’Today Richard got his new high chair it was white with blue stripes and the seat dad got was the same pattern with frills round the edge and mum said she didn’t like it.  Me and Paul might be able to have the box” (3rd Feb 1992)

“I dumped Simon today. He practically ignored me all the time. I did it nicely. I haven’t seen him since I did as he is in a different technology group. Had lots of fun second lesson of technology”(28th March 1996)

However, it wasn’t long until they became more difficult to read. This still one causes me pain, and shame at how I treated my parents when I was down.

“Mum says if I treated my friends like I treated my family, I wouldn’t have any. Why do I have such twisted anger and tension in me I have to take it out on people and get in moods” (1999)

END_OF_DOCUMENT_TOKEN_TO_BE_REPLACED

A question of jealousy

Take a look at this relationships question about jealousy:

“I’m always worried my boyfriend is going to cheat on me when he’s out with his friends. I’m always texting him when he’s out and it annoys him but I have no confidence that he won’t cheat. We live together and have been together for nearly two years. I can’t help thinking ‘what if?’ even tho he says he has never cheated. I can just imagine that in the future he’ll decide he’s had enough and I will lose him. I really don’t want that. I’m pushing him away, I don’t want to but I am. Help me.”

How would you go about writing an answer?

At the moment, I’m thinking a lot about the skills needed for peer support online – whether that be in mental health, relationships or other areas of support. You can have a look at a slideshow I did at a conference in Antwerp about using the web to provide peer support for emotional health and wellbeing here. END_OF_DOCUMENT_TOKEN_TO_BE_REPLACED 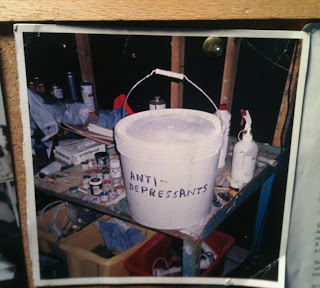 I’ve spent lot of time supporting young people to take the first steps to support. Their GP is usually the gatekeeper for services.  A lot of young people really struggle to get the mental health support they need, facing a number of personal or practical barriers along the way. As well as support in articles, live chat and on discussion boards, one of the projects I was involved in at YouthNet (now The Mix) was crowdsourcing and discussing experiences in order to create community content to help others overcome these barriers. The project really highlighted the frustrating reality of trying to get the support you need from local health services. END_OF_DOCUMENT_TOKEN_TO_BE_REPLACED

What was interesting was that while some were supporting or arguing against the research itself (that one particular form of facilitated ‘encouragement’ to exercise doesn’t help in treatment) many were responding to the simplified message in the headline – that exercise doesn’t help depression.  And many responded with the simple answer, ‘Well, it helps me get by.’ While the Department of Health can conclude that TREAD, in the way it is currently delivered, does not work, the mass of anecdotal evidence that this study has generated should give them pause for thought. END_OF_DOCUMENT_TOKEN_TO_BE_REPLACED 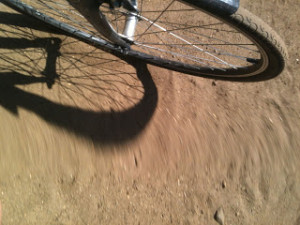 The main frustration is the misleading nature of the headline. If you read the article, what patients were actually given was “advice on up to 13 separate occasions on how to increase their level of activity. It was up to individual patients what activity they chose to increase and by how much.”. The report – which you can read in full here – is actually investigating one particular method (the TREAD method) of encouraging depressed patients to increase their activity. This is a very different study than the one the headlines lead you to believe. END_OF_DOCUMENT_TOKEN_TO_BE_REPLACED 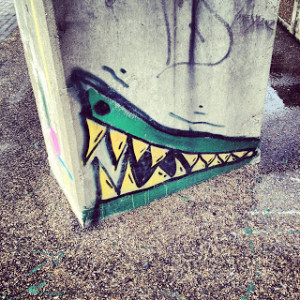 Among the more common tools of diet, a lot of running and swimming (I can’t overemphasise the importance and impact of exercise on my mood), writing, militant amounts of sleep and my SAD light, I attended an eight week course at Breathing Space. This is a course designed by Segal, Williams & Teasdale in their book Mindfulness Based Cognitive Therapy for Depression – a New Approach to Preventing Relapse and taught by trained members of the Buddhist community, supervised by a consultant psychiatrist. END_OF_DOCUMENT_TOKEN_TO_BE_REPLACED