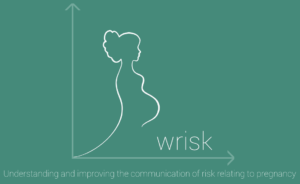 The WRISK project is a collaboration between the British Pregnancy Advisory Service (bpas) and Heather Trickey at the School of Social Sciences at Cardiff University. They are aiming to draw on women’s experiences to understand and improve the development and communication of risk messages in pregnancy.

They asked me to blog about my experience of taking (and trying to stop) antidepressants before conception, during and after pregnancy. I was happy to oblige. I was given conflicting and simplistic advice from various GPs. They failed to give proper weight to the complexity of my experience and used the concept of risk to make me feel guilty and disempowered. This needs to change and I’m glad to support the WRISK project in trying to do so. 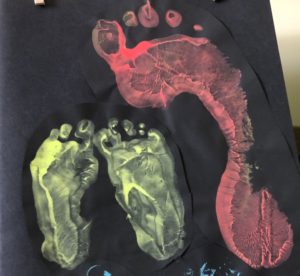 In 2015 I did Veganuary. Controlling my food intake and restricting or cutting out certain foods contributed to a return of disordered eating problems. Food and eating – or not eating – took over my thoughts. Despite moving away from a completely vegan diet, I continued to restrict my food and purge through exercise.

I lost too much weight, my periods stopped and it was only a long and increasingly desperate attempt to conceive that forced me to look those gremlins full in the face and take steps towards recovery. A recovery that involved eating cheese without panicking or purging for the first time in two years.

We finally got a positive pregnancy test in January 2017. Pregnancy with residual eating problems wasn’t easy but I’ve found that, since Oaklan was born last October, my relationship with my body has changed. It’s hard to pin down exactly why. I think it’s felt more powerful and more important. It’s helping me do one of the hardest jobs I’ve ever done and perhaps getting through the sleepless nights and challenging days has given me a different kind of confidence. A belief in myself that’s not linked to weight, appearance or my ability to control. And sometimes there’s just been no energy or headspace for anything but survival.

The ‘right’ reason to go vegan?

I’ve also found it harder to justify a non-vegan diet for myself. It feels weird to drink the milk of another species. From a mother whose baby was taken away so I could have that milk instead. That’s a very personal reason of course and is definitely linked to how much I’ve loved breastfeeding.

I have flirted with veganism over the past few months – but I was scared that I was doing it for the wrong reasons. Veganism can be a cover for disordered eating. It’s had that effect on me in the past. Was my motivation purely an ethical one? Or was it an excuse to restrict certain foods and a way of helping me control my calorie intake? Perhaps it’s indulgent to worry about my motivation anyway? Alex didn’t like the idea; he remembered how long it took me to recover last time.

But, since the latest IPCC report, I can’t justify a non-vegan diet for myself any more. I’m scared for my little boy’s future and, although it’s a drop in the ocean, I want to do everything I can to try and reduce my carbon footprint. Although there are environmental issues with any diet, the consensus seems to be that a vegan diet, particularly a thoughtful one, will massively reduce my carbon footprint.

So I’m planning to eat vegan for a month, keep a close eye on my eating and mental health, and see how I go. I’m confident that I’m doing it for the right reasons and I hope I have the mental strength to keep it that way.