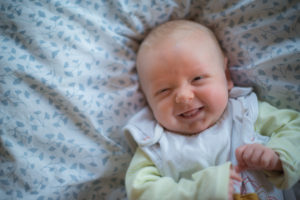 I’d hoped that pregnancy would change my muddled relationship with my body. I’ve heard women say that it helps them see their bodies in a new light and recover from long-term eating problems. This didn’t happen for me. The whole nine months was an uncomfortable struggle with my changing body. I felt trapped and out of control. By 41 weeks I was desperate not to be pregnant. But labour and birth were more empowering. After seven hours of contractions, he came so fast I delivered him myself at home. An hour ago the midwife on the phone had told us I was still in early labour. We were lucky but it’s still an experience I’m proud of. I finally managed to see my body as something special and cut it a bit of slack (at least for the first six weeks or so).
END_OF_DOCUMENT_TOKEN_TO_BE_REPLACED